Bibi, Right for Israel or Left for Disaster 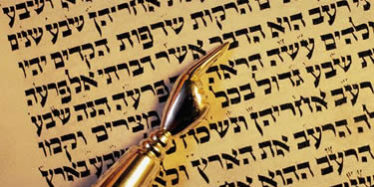 In politics as in life, there is a right way and a wrong way to do things. Moses expressed it well justprior to leading the people of Israel into the Promised Land. To Moses it was clear. There is a way leading to blessing and a way that brings a curse.

Times have changed, but the Torah has not. A unique phase for Israel – having an unprecedented second election within a year – means this is a momentous time for Israel to get it right just as in the old days. This is a time to forge together, to form the necessary coalition, and to move ahead in congruence with the prime minister.

Yet, Israel is not a Torah-run government. This is reserved for only certain segments of Israeli society and the government must accommodate them as well as those who are not Torah observant, including middle-of-the-roaders. Additionally, those on the Left where the gas gauge reads empty (meaning they have nothing beneficial to offer), these citizens are also represented by the government though they are more difficult to appease. This is due, in part, to the Left being less realistic about the real world and especially about Israel. Worse yet is a circulating report alleging the Israeli police are being controlled by political leftists and in collusion with the media. According to a political analyst, they have a type of agenda to bring down Prime Minister Benjamin Netanyahu and his government. If this is the case, then Netanyahu has formidable leftist opponents who have brought indictment and fraud charges against him that may be considered frivolous. How far do such hijinks go?

The current prime minister continues as a very favorable leader, standing on his long-proven record of solid leadership bringing Israel among the top tiers of the world in agriculture, technology, business, medicine and others. He is rational during emotional national crises, such as the handling of Gaza and other potentially explosive situations, yet people are quick to criticize him. The highest leaders of any government always have more intelligence information than the popular press and therefore are better positioned to call the shots. The prime minister is not weak nor fearful of Israel’s enemies. He consistently chooses the path which will cause the least amount of harm to the Israeli people while at the same time leading the world’s most moral army in defensive conflicts. Continue Reading….