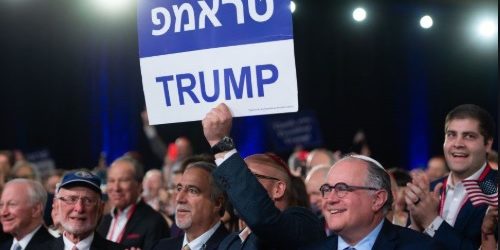 Once upon a time – oh, about 40 years ago – the United Jewish Appeal had this as a fundraising slogan: “We are one.”

The idea was noble: the Jewish people, scattered in the Diaspora or living in Israel, are one people, responsible one for the other.

Jews in Israel live in the most inhospitable neighborhood on the planet, where they are preoccupied with real, genuine concerns both about their individual security and the country’s collective security.

The murder of Dvir Sorek, the car ramming of brother and sister Nahum and Noam Nevis and the attempted infiltration of armed terrorists from the Gaza Strip just in the last 10 days proves the point about concern over personal security. And all you have to do to understand the concerns about the country’s collective security is listen to the words of the leaders of Iran, Hezbollah and Hamas.

Jews in the United States, on the other hand, live in the most hospitable, friendly, tolerant and welcoming society in which the Jewish people have sojourned. Ever. But they have their concerns, their traumas and their deep-rooted insecurities – based on past patterns in Jewish history – that things could change for the worse.

To a large extent American Jews do not understand the insecurities under which their brethren in Israel labor. For instance, many in Israel were taken aback by the support a large segment of American Jewry gave to US President Barack Obama regarding the Iranian nuclear deal, a deal which the Israeli government – and many Israelis – saw as an existential threat. But things look and feel different from afar. Continue Reading…