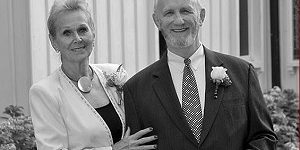 Dr. and Mrs. Alton W. Baker are honored to announce the introduction of the General James M. Hutchens Military Chaplain Scholarship at the Beeson Divinity School of Samford University, in Birmingham, Alabama.

For the last two centuries, military chaplains have been an inextricable and vital component of the United States Armed Forces since being instituted by General George Washington. Military chaplains minister to military personnel, their families and civilians working for the military. In addition to offering pastoral care to our troops, military chaplains advise commanders on issues of religion, ethics, morale and morals. Military chaplains continually serve the spiritual needs of our military at home and heroically in combat, with nine chaplains being recipients of the Medal of Honor over the history of our nation.

Dr. Hutchens came to faith in Christ as an enlisted United States Army paratrooper under the ministry of his unit chaplain. After college and seminary, he returned to the Army as an officer and active duty military chaplain. Dr. Hutchens was decorated for valor in Vietnam, receiving two Bronze Stars and the Purple Heart while serving with the famous 173rd Airborne Brigade (Separate). He subsequently served with the celebrated Special Forces or “Green Berets” and later in several other assignments, retiring from active duty in 1994 having attained the rank of Brigadier General. He is also the author of “Beyond Combat,” which details his experience as a combat chaplain in the Vietnam conflict.

This scholarship honors Dr. Hutchens for his long and distinguished military career, and has been endowed by Dr. and Mrs. Alton W. Baker. Dr. Baker is a former Army Lieutenant Colonel and Special Forces qualified officer, who previously served as Group Surgeon of the 10th Special Forces Group (Airborne). He subsequently served in clinical positions at three different Army Medical Centers prior to entering private practice in Birmingham, Alabama. Mrs. Mary Baker is a former Army nurse and Vietnam veteran. The Bakers have always maintained a deep and abiding respect for the military and for all the men and women who are serving or who have served in the past. It should be noted that military veterans and their family members will receive special consideration in the selection of scholarship recipients who aspire to serve as military chaplains.

Samford University will give thanks in a chapel service to the men and women who serve as military chaplains around the world. This service is scheduled for Tuesday, October 15, 2019 at 11:00 A.M. The Bakers plan to attend the service and cordially invite you to join them. This will be a great opportunity to reunite with old friends and other honored guests, and to congratulate the first two scholarship recipients. While Chaplain Hutchens will be unable to attend this event in person, we hope to have him participate by video conference. If you wish to learn more about this scholarship opportunity, please contact Carolyn Lankford, Advancement Officer at Samford University. She can be reached by email at clankfor@samford.edu or by telephone at 205-726-4480. Or contact Shelley Neese at shelley.neese@gmail.com