Why Is The Jewish People So Small? Va’etchanan 5779 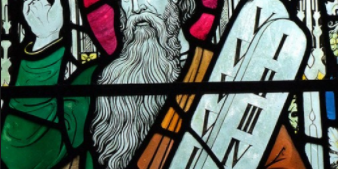 By Jonathan Sacks, Times of Israel—

Near the end of Va’etchanan is a statement with such far-reaching implications that it challenges the impression that has prevailed thus far in the Torah. This remark gives an entirely new complexion to the biblical image of the people Israel: “The Lord did not set His affection on you and choose you because you were more numerous than other peoples, for you are the fewest of all peoples” (Deut. 7:7).

This is not what we have heard thus far. In Genesis, God promised the patriarchs that their descendants would be like the stars of the heaven, the sand on the seashore, the dust of the earth, uncountable. Abraham will be the father, not just of one nation but of many. At the beginning of Exodus we read of how the covenantal family, numbering a mere seventy when they went down to Egypt, were “fertile and prolific, and their population increased. They became so numerous that the land was filled with them” (Ex. 1:7). Three times in the book of Deuteronomy, Moses describes the Israelites as being “as many as the stars of the sky” (1:10; 10:22; 28:62). King Solomon speaks of himself as being part of “the people You have chosen, a great people, too numerous to count or number” (I Kings 3:8). The prophet Hosea says that “the Israelites will be like the sand on the seashore, which cannot be measured or counted” (Hos. 2:1).

In all these texts and others it is the size, the numerical greatness, of the people that is emphasised. What then are we to make of Moses’ words that speak of its smallness? Targum Yonatan interprets it not to be about numbers at all but about self-image. He translates it not as “the fewest of all peoples” but as “the most lowly and humble of peoples.” Rashi gives a similar reading, citing Abraham’s words, “I am but dust and ashes” (Gen. 18:27), and Moses and Aaron’s, “Who are we?” (Ex. 16:7).

Rashbam and Chizkuni give the more straightforward explanation that Moses is contrasting the Israelites with the seven nations they would be fighting in the land of Canaan/Israel. God would lead the Israelites to victory despite the fact that they were outnumbered by the local inhabitants. Rabbeinu Bachya quotes Maimonides, who says that we would have expected God, King of the universe, to have chosen the most numerous nation in the world as His people, since “the glory of the King is in the multitude of people” (Prov. 14:28). God did not do so. Thus Israel should count itself extraordinarily blessed that God chose it, despite its smallness, to be His am segula, His special treasure. Continue Reading….