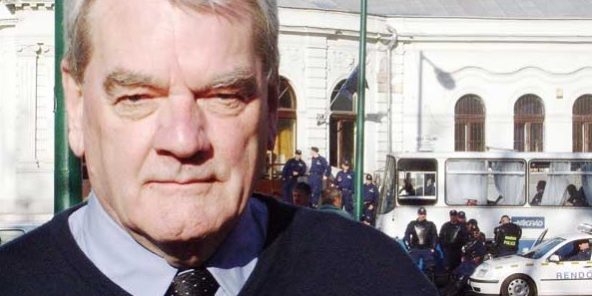 How often have we seen commentary concerning the situation in Gaza, the West Bank and Israel, made with intensity even passion which purport to tell readers the “facts” about Israel? They often narrate falsehoods that might put to shame a string of fraudsters, conmen and conspiracy theorists.

It seems, at times, that there is no limit to anti-Semitic modern fantasies about the Jewish state of Israel that overwhelm the even older libels about Jews controlling world affairs, as in the totally fraudulent forgery of the Protocols of the Elders of Zion. Today, we are given to believe that it is Muslim Palestinian children who are slain by sneering Zionists and that the government of Israel works hand in hand with a global network of Christians and Jewish bankers, politicians, and media bosses.

It is not surprising to see ordinary folk taken in by anti-Semitic meanderings and anti-Israel fiction. A 2015 study by Chicago political scientists, J. Eric Oliver and Thomas J. Wood, provided evidence that belief in conspiracies and other falsehoods is widespread even in the United States:

Using four nationally representative surveys, sampled between 2006 and 2011, we find that half of the American public consistently endorses at least one conspiracy theory and that many popular conspiracy theories are differentiated along ideological and anomic dimensions. In contrast with many theoretical speculations, we do not find conspiracism to be a product of greater authoritarianism, ignorance, or political conservatism. Rather, the likelihood of supporting conspiracy theories is strongly predicted by a willingness to believe in other unseen, intentional forces and an attraction to Manichean narratives. These findings both demonstrate the widespread allure of conspiracy theories as political explanations and offer new perspectives on the forces that shape mass opinion and American political culture.

As shown frequently (for instance, here, here and here), human beings are by nature gullible and willing to take on board all manner of bunkum before breakfast. How else to explain the popularity of arch-conspiracists such as Adolf Hitler or Joseph Stalin? Of course, dictators like Hitler and Stalin can enforce their twisted notions by threats and force. In democracies, however, regardless of the open availability of verifiable information from libraries, universities, colleges, and government agencies, large numbers of people fall for any number of fantasies promulgated by internet trolls, the tabloid press, and, not infrequently, politicians with axes to grind. Continue Reading..