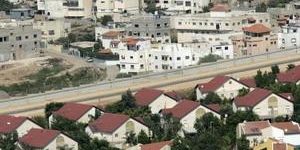 “What we need are leaders like Bertie Ahern and Tony Blair,” Bar shot back at Dayan in reference to the British and Irish leaders who signed the deal.

The two politicians were, unusually for this election and that before it, discussing the much-ignored conflict with the Palestinians and the mutual positions of their parties in an open discussion with the press organized by the Middle East Forum.

But the critical questions for both figures remained unanswered, as they have done for their respective parties over the last quarter century: how it will be possible to keep hold of territories where large numbers of Palestinians are resident without negatively impacting Israel’s democratic values, and at the same time how such territories could be given up without damaging Israel’s security.

Dayan sought to have his cake and eat it, adamant that the Palestinians have destroyed the peace process and backing the idea of annexing parts of the West Bank, saying Israel should start by annexing the Jordan Valley for security purposes and for the needs of an expanding Israeli population.

“There is no one to make a real peace agreement, and let’s say the truth, we can do without it,” he added. Continue Reading….