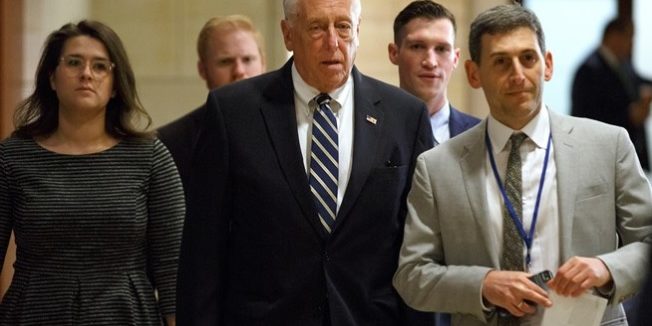 Two delegations of American lawmakers are slated to visit Israel this week, organized by a group linked to the American Israel Public Affairs Committee (AIPAC).

On Monday, 41 House Democrats led by House Majority Leader Steny Hoyer (Maryland) are scheduled to arrive in Israel, kicking off a week-long tour of the Jewish state and the Palestinian Authority.

A delegation of Republican House members is also expected to arrive in Israel this week, beginning its own seven-day tour starting Friday. The delegation will be headed by the House Minority Leader, Kevin McCarthy (California).

According to a statement by Hoyer’s office, the Democratic delegation, made up primarily of freshman lawmakers, will “learn about issues critical to the U.S.-Israel relationship and international security.”

“Members will visit Israel’s borders with Lebanon and Syria and see an Iron Dome battery. The delegation will also visit important historical and cultural sites, including the Yad Vashem Holocaust Memorial.”

“I am pleased to join so many House Democrats in traveling to Israel to reaffirm our support for a critical U.S. ally and to continue learning about the opportunities and the challenges facing Israel and the Middle East,” said House Majority Leader Steny Hoyer. Continue Reading….