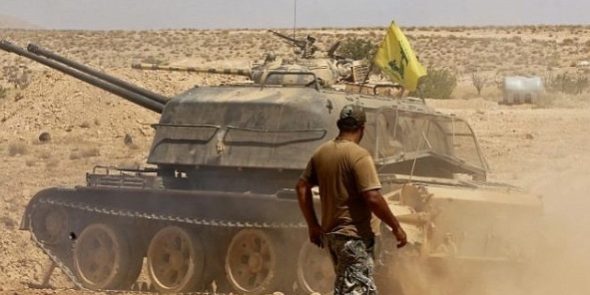 As tensions rose in the Persian Gulf over the weekend with Iran’s seizure of a British-flagged tanker, several commanders of Lebanese terror group Hezbollah, an Iranian proxy, said they were deploying forces for possible war with Israel, warning that the growing pressure from sanctions on Tehran could trigger such a conflict sooner rather than later.

Officers in the organization told the Daily Beast in a report published Friday that its forces were setting up for war on both Lebanon’s and Syria’s border with Israel.

“We will fire the first shot this time,” said “Samir,” identified as a Hezbollah officer commanding 800 fighters on the border with Israel. He did not give his real name as he is not allowed to speak to the media. “The sanctions now have us preparing for dealing with the Israeli front,” he told the US publication.

The 2006 Second Lebanon War began after Hezbollah launched a surprise attack on an Israel Defense Forces patrol on the northern border in July that year, killing three Israeli soldiers and capturing the bodies of two of them.

Samir, a veteran of that war, spoke of the group’s greatly improved capabilities, as well as new weaponry targeting aircraft and naval vessels acquired in Syria and a more “seasoned” fighting force after years of battle in the country alongside forces loyal to President Bashar Assad.

Samir said Hezbollah had been wanting to open a new front with Israel but was held back by Assad.

“Our wish before the war in Syria was to go and open a front in the Golan but set a red line,” the commander said, describing the limits the Assad regime placed on Hezbollah’s operations in its territory. “Now there are no red lines.” Continue Reading….