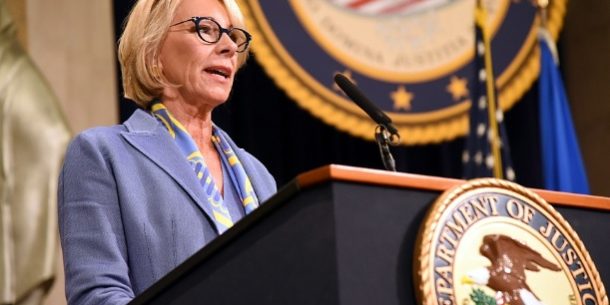 The U.S. Department of Justice hosted its first “Summit on Combating Anti-Semitism” on Monday, where U.S. Attorney General William Barr opened the proceedings by calling Jew-hatred a “cancer.”

An invocation by Rabbi Meir Soloveitchik preceded Barr’s remarks. Soloveitchik quoted U.S. President George Washington’s famous letter in 1790 to the Jews of Newport, R.I., which stated that “the Government of the United States, which gives to bigotry no sanction, to persecution no assistance, requires only that they who live under its protection should demean themselves as good citizens in giving it on all occasions their effectual support.”

Additionally, Eric Dreiband, assistant attorney general in the DOJ’s civil-rights division; William Sweeny, assistant director in charge, FBI New York field office; and Jessie Liu, U.S. Attorney, District of Columbia, were part of a panel to discuss their work and the need to report hate crimes, including against Jews.

Issues surrounding anti-Semitism included such hatred on and outside college campuses in the United States and abroad, as well as the synagogue shootings in Pittsburgh and Southern California within a period of six months.

“The stakes for what we do now as a nation are enormous,” said American Jewish Committee chief policy and political-affairs officer Jason Isaacson.

Appealing for a unified approach in the United States, Isaacson argued that “to capably combat anti-Semitism, those who would seek to call out their political opponents for hating Jews must be similarly willing to criticize their allies on their own side of the aisle. Leaders need to lead and conclusively demonstrate that anti-Semitism within their own ranks is unacceptable.” Continue Reading….