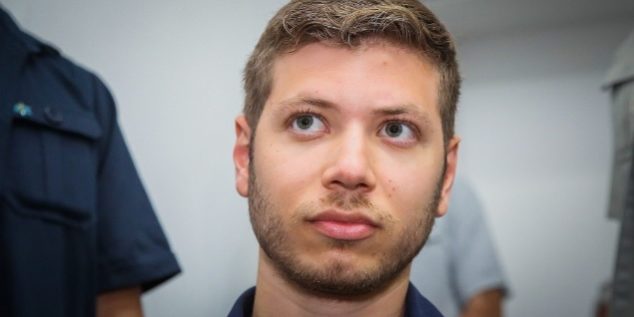 Islamic activist Linda Sarsour started a Twitter storm on Saturday evening after claiming “Jesus was Palestinian of Nazareth and is described in the Quran as being brown copper skinned with wooly hair”. One sharp response came from Yair Netanyahu, son of Israeli Prime Minister Benjamin Netanyahu, who tweeted back saying “Are you that stupid? On the cross above Jesus’ head was the sign ‘INRI’ – ‘Iesvs Nazarenvs Rex Ivdaeorvm. Which means in Latin – Jesus of Nazareth king of the Jews! The Bible say that Jesus was born and raised in Judea!”

The original tweet by Sarsour drew both condemnation and praise, and left some analysts speculating that Sarsour was joining a movement which seeks to identify Jesus as a Palestinian Arab and co-opt him for the Palestinian nationalist cause. Meanwhile, some leaders of Israel’s Believer community were saying it could be a blessing that the controversy has prompted so much discussion among Israelis about Jesus.

Following further breaches by Iran of the 2015 JCPOA nuclear deal on Sunday and related developments including the seizure of an Iranian oil tanker by British forces and a threat by an Islamic Revolutionary Guards Corps general to seize a British ship in retaliation, a spokesman for the clerical regime in Teheran declared on Monday morning that the regime will continue to do whatever it thinks is necessary to preserve its interests regardless of the cost. Tensions were running high throughout the Middle East as governments consulted with allies and military forces on all sides were on high alert for further developments.

“Iran’s latest expansion of its nuclear program will lead to further isolation and sanctions,” U.S. Secretary of State Mike Pompeo said in a tweet on July 7. “Nations should restore the longstanding standard of no enrichment for Iran’s nuclear program. Iran’s regime, armed with nuclear weapons, would pose an even greater danger to the world.” Continue Reading….