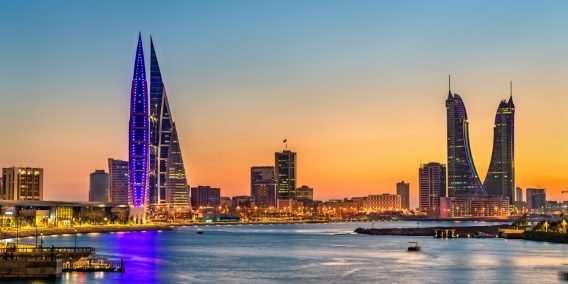 After years of anticipation and preparation, the first part of US President Donald Trump’s Mideast peace plan – the economic part – will be rolled out Tuesday evening and Wednesday at a luxury hotel in Manama, Bahrain.

While dozens of government officials and representatives from around the world will take part – including from Arab countries such as Saudi Arabia, the United Arab Emirates, Egypt, Jordan and Morocco – there will be no government representation from Israel or the Palestinian Authority.

This has led some critics of the workshop – and there are many – to quip that it is like a wedding without the participation of the bride and groom.

The Palestinian Authority is boycotting the “Peace to Prosperity Workshop,” saying it is an effort to “bribe” the Palestinians, and Bahrain decided not to invite any Israeli government officials when it became apparent that no PA officials would be on hand.

Israeli officials said that when the PA understood they would be unable – despite their best efforts – to prevent Arab countries from participating, they pressed Bahrain not to invite Israeli government officials so that the conference did not appear as a vehicle to “normalize” relations with Israel.

The long-standing Palestinian position is that normalization of ties between Israel and the Arab world can only take place after there is a Palestinian state with east Jerusalem as its capital, not before.

The Trump administration released the plan on Saturday. It proposes that some $50 billion be invested in 179 infrastructure, education, trade and tourism projects in the West Bank, Gaza Strip, Jordan, Egypt and Lebanon. Some $28 billion is proposed for the West Bank and Gaza – including a transportation link between the two areas. Continue Reading….