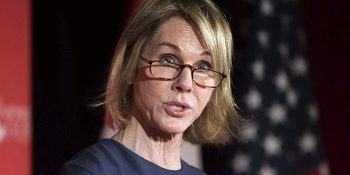 However, Craft made a case for America returning to a leading role at Turtle Bay as a way of protecting Israel.

“Without US leadership, our partners and allies would be vulnerable to bad actors at the UN. This is particularly true in the case of Israel, which is the subject of unrelenting bias and hostility in UN venues,” she said in her opening testimony to the Senate Foreign Relations Committee meeting.

“The United States will never accept such bias, and if confirmed I commit to seizing every opportunity to shine a light on this conduct, call it what it is, and demand that these outrageous practices finally come to an end.”

Craft is a longtime GOP activist from Kentucky who is currently US ambassador to Canada. She would be the first major political donor to be named to the UN post.

As ambassador to Canada, Craft has been credited with playing a major role in helping to secure a proposed new trade agreement between the US, Canada, and Mexico but has been criticized for frequent absences from Ottawa. She testified that all of her travel had been approved in advance by the State Department and that she and her husband had paid for all personal trips. Continue Reading….