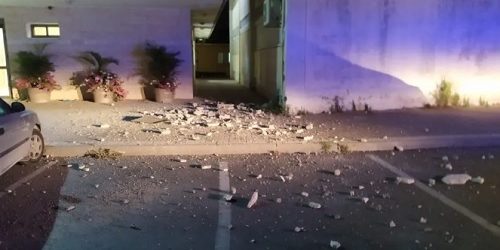 A rocket struck Sderot late on Thursday night as sirens wailed along border communities in the South.

Following the sirens, residents reported hearing explosions. It was later found that a rocket directly impacted a building in Sderot. There were no injuries.

It was also confirmed that the building hit was a Chabad Hesder Yeshiva. It was reportedly empty when the rocket struck.

The IDF confirmed that sirens had sounded and “identified one launch from Gaza into Israeli territory,” it said in a statement, adding that the building hit also housed a synagogue and school.

“As I have said in the past, this situation cannot continue,” he said. “Only a military operation will bring quiet to our area. Our dear citizens are entitled to raise their children in a quiet and routine manner, like the rest of the country.” Continue Reading….