Israel and the US, winning together 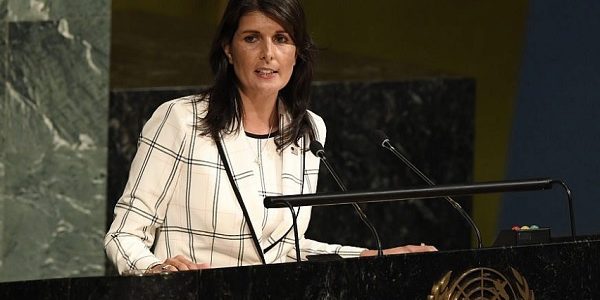 For decades, the United Nations has served as the home turf of Arab countries who used it to batter the State of Israel and the soldiers of the Israel Defense Forces. In recent years, though, the rules of the game have changed, and no longer finding itself having to deal with a last-minute tie, Israel now takes the field with a significant advantage.

The strength of the alliance between the United States and Israel is a prominent layer in our policies at the UN. Our cooperation at the forefront of the diplomatic stage helps leverage the efforts of both Israel and the US.

In December, US Ambassador to the UN Nikki Haley and I submitted a motion condemning the Hamas terrorist movement to the General Assembly. For the first time in the organization’s history, 87 countries voted to condemn Hamas and admitted the terrorist group was a global problem. This helped leverage the efforts Israel is leading to have Hamas defined as a terrorist organization at the UN.

At the same time, when Washington needed our help, we were the first to stand alongside the US. Every year, a resolution is submitted demanding the US revoke its economic embargo on Cuba. Israel was the only country outside the US at the UN to oppose the resolution in last year’s vote.

A few days ago, one of Hamas’ terrorist arms in Lebanon, disguised as a human rights organization by the name of “Shahed,” tried to gain observer status at the UN. We informed our counterparts in the American delegation and together, enlisted a majority of countries within the framework of an international campaign that succeeded in preventing a Hamas delegation from penetrating the UN.  Continue Reading…