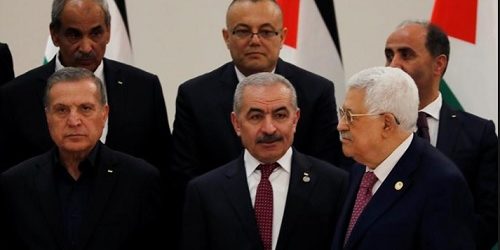 As the US administration prepares to roll out its long-awaited plan for peace in the Middle East, also known as the “Deal of the Century,” Iran appears to be increasing its efforts to help its allies in the region try to thwart the plan.

Recently, Iran seems to have stepped up its political and military support for radical Palestinian groups that are staunchly opposed to any peace agreement with Israel. These groups, including Hamas and Islamic Jihad, do not recognize Israel’s right to exist and are publicly committed to its destruction and replacement by an Iranian-backed Islamic state.

Iran, of course, has long shared the same ambition of destroying Israel and has never hesitated to make its position known to the world. In several statements during the past few decades, Iranian leaders have been frank about their wish that Israel be “a one-bomb country.”

Iran’s Supreme Leader, Ayatollah Ali Khamenei, has several times referred to Israel as a “cancer” and threatened to “annihilate” the cities of Tel Aviv and Haifa. He has also taken to Twitter to denounce Israel as a “barbaric, wolf-like and infanticidal regime.” Israel, he added, “Has no cure but to be annihilated.”

Earlier this year, the chief of Iran’s Air Force, Gen. Aziz Nassirzadeh, was quoted as saying that his forces are “impatient and ready to fight against the Zionist regime to wipe it off the Earth.”

Such threats by Iranian leaders and officials are not uncommon or new. In fact, they accurately reflect Iran’s long-standing policy of incitement against Israel and recurring threats to “annihilate the Zionist regime.”

To achieve their goal, the leaders of Iran have been providing financial and military support to their proxies in the Middle East, specifically Hamas, Islamic Jihad and Hezbollah — three groups committed to Israel’s obliteration.

Now, the Iranians are focusing their efforts on foiling US President Donald J. Trump’s peace plan. The Iranians also appear to be angry with some Arab countries for allegedly colluding with the Trump administration to facilitate the implementation of the “Deal of the Century.” Continue Reading….