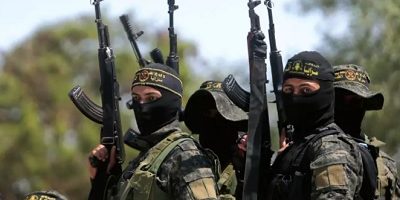 Now, Hamas is saying that it does not tolerate any criticism from Arabs. Hamas claims that Palestinian Authority and Fatah leaders who dare to speak out against it are “traitors” and “collaborators” working with the “Zionist enemy.”

Arab media personalities who recently criticized Hamas and its allies in the Gaza Strip have now been placed on its list of “traitors” and “collaborators.”

Recently, some Arabs, particularly in the Gulf states, Lebanon and Egypt, have spoken out publicly against Hamas and held it responsible for the continued suffering of Palestinians in the Gaza Strip. These Arabs, in other words, have dared to speak the truth about Hamas and Islamic Jihad, the two major forces in the Gaza Strip.

One of those Arabs is Nadim Koteich, a prominent Lebanese journalist, who recently accused Islamic Jihad of starting the last round of fighting with Israel. In an interview with the Lebanese LDC TV channel, Koteich said that Hamas and Islamic Jihad, representing the Muslim Brotherhood and Iran respectively, should have turned the Gaza Strip after Israel’s withdrawal in 2005 into an opportunity for a Palestinian national compromise. Instead, he said, the two groups have “thwarted all opportunities for peace and have ended up in a prison called Gaza.”

This logical and constructive criticism of Hamas and Islamic Jihad, however, has sparked a wave of vicious condemnations against the Lebanese journalist on various Palestinian and Arab social media platforms. Koteich only spoke the truth, particularly his remark about a missed opportunity after the Israeli withdrawal from the Gaza Strip. Back then, some Palestinians were dreaming of turning the Gaza Strip into the “Singapore of the Middle East.” Continue Reading…