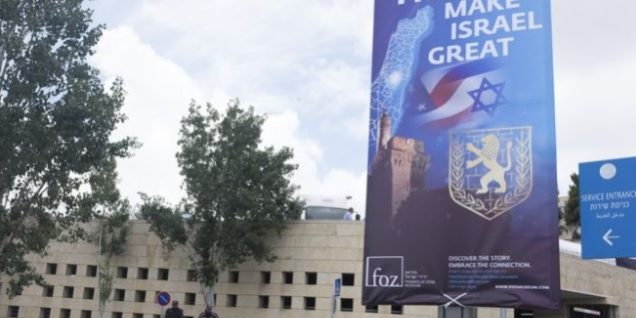 The first anniversary of the U.S. embassy’s move to Jerusalem sparked multiple articles in the Israeli press declaring it a failure for both U.S. President Donald Trump and Israeli Prime Minister Benjamin Netanyahu. From the left-wing Ha’aretz to the centrist Times of Israel, headlines trumpeted the fact that only one minor country, Guatemala, has followed America’s lead. And even that might prove fleeting, as several candidates in next month’s Guatemalan election have pledged to return the embassy to Tel Aviv.

All this is true, but it also misses the point. And it thereby obscures the real and lasting gains of the embassy move.

To understand why, it’s worth recalling America’s own history on this issue. In 1995, Congress passed the Jerusalem Embassy Act, which ordered the embassy relocated from Tel Aviv to Jerusalem. It was approved by overwhelming bipartisan majorities in both the House (374-37) and the Senate (93-5). And in every subsequent election, every presidential candidate, whether Republican or Democratic, pledged to honor this directive.

Yet despite this consensus, it still took more than 20 years for the move to happen. Successive presidents, both Republican and Democratic, proved reluctant to defy international opposition. Consequently, they exercised a provision of the law allowing the move to be postponed due to national security considerations. These presidential waivers were renewed every six months for more than two decades.

In contrast, recognizing Jerusalem as Israel’s capital was never been mooted as a possibility by any other country in the world. Outside America, not a single mainstream party—whether liberal or conservative—ever considered an embassy move, much less actively supported the idea.

Expecting other countries to go from having never even thought about moving their embassies to actually doing so in the space of just 12 months was always fatuous. Indeed, I warned a year ago that “Jerusalem isn’t going to be flooded with new embassies anytime soon.” If it took America more than two decades to move its embassy despite a bipartisan consensus that was codified in legislation, it will clearly take time for countries that have only just started considering the issue to reach the point of being ready to actually make the move.