Report: Israel provided tip about possible Iranian attack on US interests in Gulf 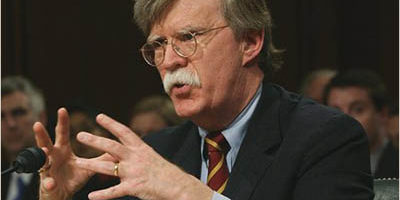 “The officials said intelligence gathered by Israel, primarily by the Mossad intelligence agency, is understood to be part of the reason for Bolton’s announcement,” according to the outlet, adding that the tip was passed along a few weeks ago during discussions at the White House between delegations led by Bolton and his Israeli counterpart, Meir Ben-Shabbat.

“It is still unclear to us what the Iranians are trying to do and how they are planning to do it, but it is clear to us that the Iranian temperature is on the rise as a result of the growing U.S. pressure campaign against them, and they are considering retaliating against U.S. interests in the Gulf,” an Israeli official told Channel 13.

In a statement on Sunday evening, Bolton said: “In response to a number of troubling and escalatory indications and warnings, the United States is deploying the USS Abraham Lincoln Carrier Strike Group and a bomber task force to the U.S. Central Command region to send a clear and unmistakable message to the Iranian regime that any attack on United States interests or on those of our allies will be met with unrelenting force.”

He added that “the United States is not seeking war with the Iranian regime, but we are fully prepared to respond to any attack, whether by proxy, the Islamic Revolutionary Guard Corps or regular Iranian forces.”

The White House did not immediately respond to a JNS request for comment.