Christ’s Sacrifice, Suffering, and Death Appreciated Even More When You Understand it in Medical Terms 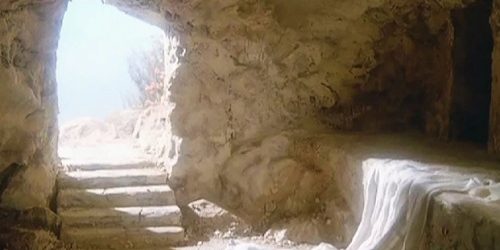 Christians all know Christ died for them on the cross. But a doctor here in Indianapolis who studied crucifixion for a decade says until you understand what Jesus went through medically, it’s hard to fully appreciate just how much He suffered to pay for the sins of mankind.

“It was the worst form of death that was imaginable,” Dr. Joseph Bergeron, the author of The Crucifixion of Jesus, said. “And the Romans had been using it for three centuries by the time Jesus came along, so it was well perfected.”

Bergeron told CBN News, “Most often on Easter we hear talks about how Jesus suffocated while He was on the cross.”

However, the doctor says suffocation doesn’t gel with the Gospel accounts of Jesus talking on the cross.

“He talked to the Apostle John, for example. He spoke to the thieves who were crucified with Him. When you’re suffocating and struggling for your last breath, you have no interest in carrying on a conversation,” he argued.

And though that would be a bad way to die, the Romans made sure such a relatively quick death wouldn’t happen so that those they crucified suffered much longer.

“There are literary references to people being on the cross for a week. When you’re suffocating, you’re just not going to last that long,” the doctor shared, adding, “With crucifixion, it was a slow and torturous death.”

Big Clue in Christ’s Own Words: ‘This Is My Blood That’s Poured Out …’

The real cause of death shows up in Christ’s own prophetic words at the Last Supper. Continue Reading….