Anticipating Trump’s ‘deal of the century’ 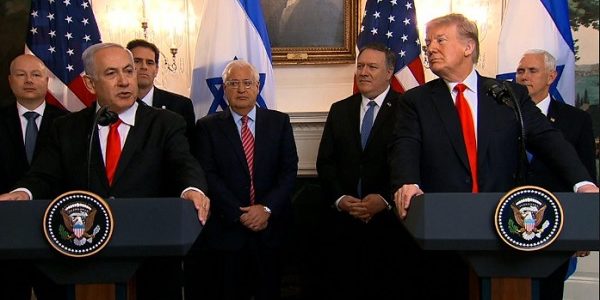 U.S. President Donald Trump’s peace plan for the Palestinian-Israeli conflict surfaced two years ago and to this day – remarkably – only he and a handful of aides know its precise details. A stream of leaks, however, contains enough internal consistency that their collation, supplemented by conversations with administration officials, provides a plausible outline of the plan’s contents.

These suggest the plan boils down to a grand exchange: The Arab states recognize Israel and Israel recognizes Palestine, both with capital cities in Jerusalem. This approach builds on elements forwarded by Egypt’s President Abdel-Fattah el-Sissi in 2016, the Obama administration in 2009, the 2002 Arab Peace Initiative, and even my 1990 symmetry plan.

These prior plans either had Israel go first or called for simultaneous steps; in contrast, Trump’s has the Arab states initiate, with Israel responding. This change prompted Palestinian Authority President Mahmoud Abbas to immediately reject the “deal of the century” when he met with Trump in May 2017; one report noted that “Abbas has long feared such a plan” and “vehemently opposed” it. Continue Reading….