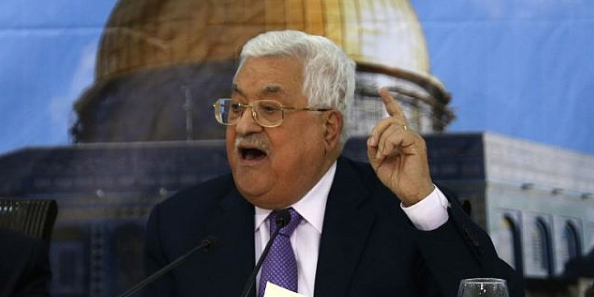 By Yossi Kuperwasser, Times of Israel—

On the eve of the Israeli elections, the “PLO Committee for Interaction with Israeli Society” published a relatively detailed position paper in Hebrew, aiming to explain the organization’s positions regarding relations with Israel and its points of contention with Israel. It seems that the timing had to do with the Palestinians’ frustration with the marginalization of Israeli-Palestinian relations within the Israeli pre-election discourse. This marginalization seems to reflect the growing trend in Israeli politics that perceives no Palestinian partner for serious peace negotiations. Another possible reason for the timing is the forthcoming publication of the US peace plan.

Two main themes stand out in the 37-page paper. First, it states that the Palestinian leadership under Mahmoud Abbas is a serious partner for negotiations. Second, the blame for the failure of the peace process is laid at the door of the Israeli and US governments, with an emphasis on the administrations led by Netanyahu and President Trump respectively.

The writers of the paper hope to mislead its readers and gain sympathy for their cause by highlighting various aspects of the Palestinian approach. However, the paper is full of lies and inaccuracies, the vast majority of which are well-known falsehoods. Critical readers of the paper will therefore conclude that: