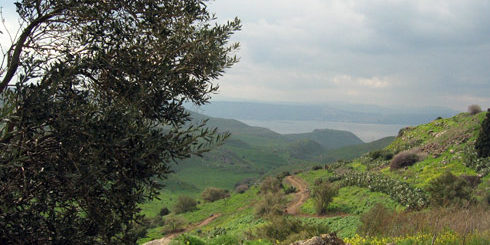 By Eric Cortellessa, Times of Israel—

For the first time, the Trump administration referred to the Golan Heights on Wednesday as “Israeli-controlled” and ceased to refer to the West Bank as “occupied” in the State Department’s annual report on human rights around the world.

While last year’s report marked a departure from years of American foreign policy by no longer calling the West Bank, Gaza, and the Golan Heights “occupied” in the section title, this year’s report went two small steps further.

This year’s report also refrains from labeling any of the territories as “occupied.” In last year’s document, the US government took a position in referring to these areas. “Authorities prosecuted Palestinian non-citizens held in Israel under Israeli military law, a practice Israel has applied since the 1967 occupation,” read one passage. The new report, by contrast, uses the term “occupied” just twice — and only when quoting outside organizations, such as the Israeli nonprofit Breaking the Silence and the United Nations.

Despite the change in language vis-a-vis the Golan Heights, an administration official on Wednesday denied that it amounted to American recognition of Israeli sovereignty over that area.

“Our policy on Golan has not changed,” a spokesperson for the US embassy in Jerusalem told The Times of Israel.  Continue Reading…