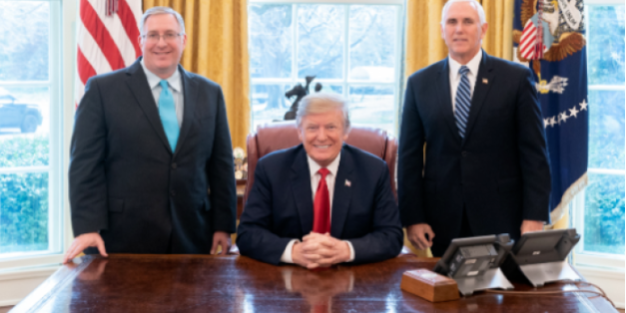 Evangelical leaders gathered last week at the White House to offer their concerns as the Trump administration will soon unveil its Israeli-Palestinian peace proposal that reportedly could give the Palestinians a capital in parts of East Jerusalem.

Last Thursday, a group of conservative evangelical leaders met with Jason Greenblatt, President Donald Trump’s adviser on Israel and special representative for international negotiations, for a “listening session” about what has been coined the “deal of the century.”

Greenblatt is regarded as a chief architect of Trump’s Middle East peace plan along with Trump’s son-in-law, Jared Kushner, and U.S. Ambassador to Israel David Friedman.

During the session, Greenblatt fielded questions and concerns the leaders had with the Middle East peace plan, which is expected to be released in April.

The group of evangelicals, many of whom have interacted informally with the Trump White House in the past, included Pastor John Hagee, the founder of Christians United for Israel; Georgia megachurch pastor Jentezen Franklin; New York Times best-selling author Joel Rosenburg, and Florida pastor Paula White.

“While I’m not at liberty to share what Greenblatt told us, I was encouraged by the conversation and by the Administration’s desire to answer Evangelicals’ questions and address our concerns,” Rosenberg, a dual U.S.-Israeli citizen who has been involved in high-profile meetings with Arab leaders in the past several months, wrote on his blog.  Continue Reading…