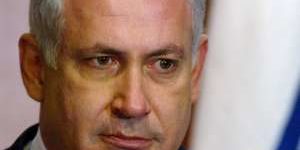 Israel’s administrative state is out of control.

The Israeli police’s announcement on Sunday that the department is recommending that Israel’s Attorney General indict Prime Minister Benjamin Netanyahu on charges of bribery and breach of trust is not a testament to the investigators’ bold determination to see that justice is done even among the most powerful.

Rather, it is a testament to the determination of Israel’s “deep state” to unseat a popular and popularly elected leader.

How do we know this? First, the case against Netanyahu – and his wife Sara, whom the police also recommend indicting – makes no sense.

Netanyahu’s alleged crimes relate to decisions he made during his tenure as Minister of Communications. Netanyahu held that portfolio in addition to serving as Prime Minister and Foreign Minister from 2015 through 2017. His allegedly corrupt actions involve the Communications Ministry’s decision to approve the merger of Bezeq – Israel’s telecommunications giant and former monopoly — with YES, Israel’s satellite television provider.

Netanyahu is accused of approving the merger that allegedly gave a billion shekels – or some $300 million – in regulatory and tax breaks to Yes, enriching Bezeq owner Shaul Elovich. Elovich and his wife Iris are friends with Netanyahu and his wife Sara.

Elovich allegedly repaid – that is, bribed – Netanyahu for his allegedly preferential treatment by providing the prime minister and his wife Sara with positive coverage on Israel’s Walla Internet news portal, which is owned by Bezeq.

Neither the “quid” – that is, preferential regulatory and tax treatment – nor the “quo” – positive coverage on a website – stand up to scrutiny. Continue Reading….