Antisemitism in the US Congress 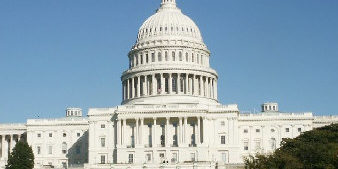 There is a lot of talk these days about white privilege, and it is true that white Americans do enjoy many advantages. However, some of the people who are most vocal in making accusations of this type have created a new type of privilege for minorities that is used to shield them from criticism of their own prejudices. We see this often in the willingness of liberals to give a pass to — or, worse, to endorse — antisemitic views.

I can understand and agree with the outrage expressed towards the governor of Virginia for his insensitivity and tone-deafness when confronted with his inappropriate behavior of wearing blackface. What we should not abide is the silence of Democrats to antisemites in their midst, just as we should not abide Republicans who might turn a blind eye to white supremacists.

Consider Congresswomen Ilhan Omar and Rashida Tlaib. Both are advocates of the antisemitic Boycott, Divestment, and Sanctions (BDS) movement. Like some BDS proponents, they portray it as a human rights campaign, but they have been told by their Jewish constituents, among others, that the goal is the destruction of Israel. This is why 134 international Jewish organizations from across the political and religious spectrums signed a statement opposing BDS.

Omar and Tlaib’s support for BDS alone should merit censure, but both have also made incendiary remarks that cannot be excused as “legitimate criticism of Israel.” Omar has repeated the slur comparing Israel to apartheid South Africa and, in 2012, tweeted: “Israel has hypnotized the world, may Allah awaken the people and help them see the evil doings of Israel.” As New York Times columnist Bari Weiss noted, “The conspiracy theory of the Jews as the hypnotic conspirator, the duplicitous manipulator, the sinister puppeteer is one with ancient roots and a bloody history.” Continue Reading….