Reps. Ilhan Omar and Rashida Tlaib and the normalizing of Jew-hatred in America 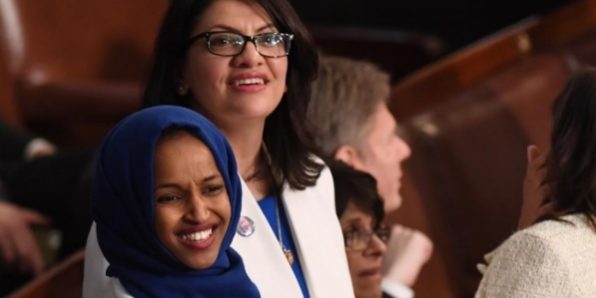 Note: A powerful statement that needs to be seriously considered by all Americans has been issued by Rabbi Aryeh Spero, spokesman for the National Conference on Jewish Affairs.

“It is becoming more obvious by the day–even by the tweet-hour–that newly elected Congresswoman Ilhan Omar is anti-Semitic and is peddling her anti-Israel and anti-Jewishness through the well-known and effective drip-by-drip method.

It is a strategy, as we have seen from Islamists in Europe, where an anti-Israel or anti-Jewish statement is made and then partially retracted after an uproar. It is repeated multiple times, followed by multiple half-hearted retractions with the goal and effect being the slow but inevitable seepage of anti-Jewish caricatures into the country’s political discourse and into the minds of its people.

“This successful strategy has poisoned Europe’s discourse against Jews and Israel and is being imported here with the arrival into Congress of Ms. Omar and Ms. Rashida Tlaib (D-MI).

“The question today is: Do the leaders of the U.S. Congress, and especially House Speaker Ms. Pelosi, have the conviction and will to oust this never-ending shower of anti-Jewish rhetoric as they would if such was being said against other groups. Will they permanently shut this down before it metastasizes as it has in Europe and is unfolding in front of our very eyes? Continue Reading…