IDF: Iranian troops fired missile at Israel as a warning against future attacks 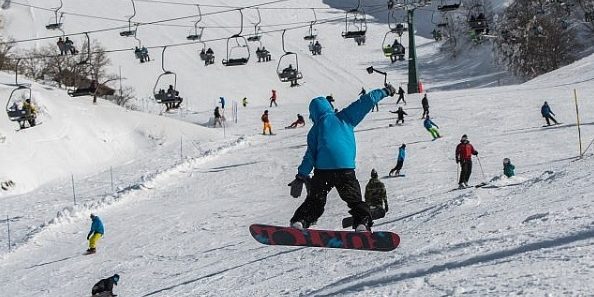 The Israel Defense Forces on Monday said the missile that was intercepted over the Hermon ski resort the previous day was launched by Iran in a “premeditated” attack aimed at deterring Israel from conducting airstrikes against the Islamic Republic’s troops and proxies in Syria.

According to the Israeli military, the missile was an Iranian-made medium-range model that was fired from the outskirts of Damascus at approximately three in the afternoon. Conflicting reports emerged about the intended target of the missile, with some politicians claiming it was the Hermon ski resort and the IDF saying it could have been heading to either a civilian or a military area.

The attack came shortly after the IDF allegedly conducted a number of rare daylight airstrikes nearby.

In response to the missile attack from Syria, which was intercepted before it breached Israeli airspace, the Israeli military launched three waves of airstrikes that targeted first Iranian sites in and around Damascus, and then Syrian air defense batteries, which had fired on the Israeli fighter jets that had attacked earlier, the IDF said. Continue Reading…