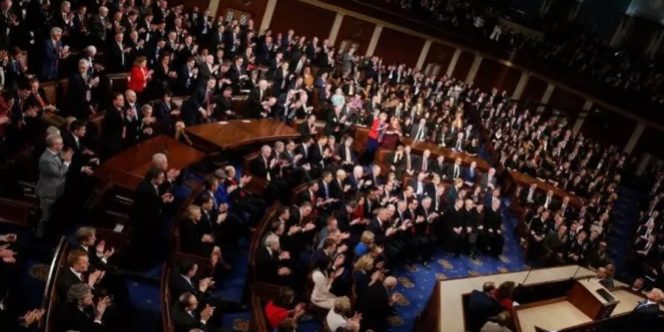 Legislation reaffirming US support for allies in the Middle East, including a measure to punish Americans who boycott Israel, fell victim on Tuesday to a domestic political dispute that has resulted in a partial federal government shutdown.

The US Senate voted 56 to 44, falling short of the 60 votes needed to advance the “Strengthening America’s Security in the Middle East Act.”

Most Senate Democrats have vowed to block all legislation in the Senate until it votes on a measure to end the shutdown, criticizing President Donald Trump’s fellow Republicans for backing his demand for $5.7 billion to build a barrier on the border with Mexico before reopening the government.

Republicans increased their Senate majority to 53 to 47 in November’s elections, but they still needed at least seven Democratic “yes” votes for the act to move ahead.

Trump was to give a speech making his case for the wall, a central promise during his 2016 campaign, in a nationally televised speech later on Tuesday.

The Middle East legislation included provisions supported by both Republicans and Democrats to impose new sanctions on Syria and guarantee security assistance to Israel and Jordan. Those are seen as efforts to reassure US allies worried about shifts in US policy since Trump abruptly announced plans last month for a quick withdrawal of the roughly 2,000 US troops in Syria.

US forces in Syria have been fighting against Islamic State militants and also served as a counterweight to the Syrian government, which is backed by Iran and Russia. Continue Reading…..