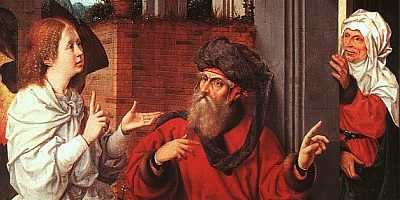 The Christmas story suggests that we can somehow try to be loyal members of our nations, our families, our tribes—and to reach out to the broader human community of which we are also a part.

Back in the beginning of the Christmas season, I wrote about the way the Gospel Christmas narratives “roll the credits” by giving genealogical tables that link Jesus to Jewish history. In contemplating Christmas, we should never forget that the first Christmas was first and foremost a Jewish event. Mary, Joseph, the innkeeper, the shepherds, the baby: they were all Jewish. And as the baby Jesus moved toward adolescence and adulthood, it was Jewish religion, Jewish literature, Jewish culture, and Jewish history that shaped His personality and His mind. As Adam Garfinkle reminds us, New Year’s Day has long been celebrated as the Feast of the Circumcision, the day on which the baby Jesus underwent the traditional rite that, from the time of Abraham, was seen as proclaiming the special relationship between the Jewish people and God.

These facts are so familiar to us that it’s sometimes easy to miss the troubling questions around them. A regrettable couplet by the British journalist William Norman Ewer sums up what some have felt as they contemplate these circumstances:

How odd of God
To choose the Jews

Ewer seems to have been making the kind of slyly anti-Semitic joke that was all too popular at the time, but there is a real question here—not so much about why the Jews were chosen as about why there should be a chosen people at all. Why would a universal God who presumably loves all people equally choose one people with whom to have a special relationship? How can we reconcile the claims of this special relationship with God’s commitment to universal justice? Continue Reading in Providence…..