Netanyahu: Hezbollah will get ‘unimaginable blow’ if it attacks 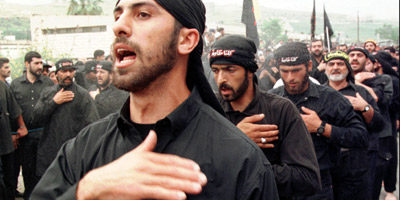 Prime Minister Benjamin Netanyahu, who visited the north Tuesday for the second time in less than a week, said that the uncovering of the third Hezbollah attack tunnel is part of the process of “systematically dismantling” these weapons.

Netanyahu said that Hezbollah will “make a big mistake” if it tries to harm IDF soldiers or resist the army’s operation to expose the tunnels, and would receive a blow “that it cannot even imagine.”

Netanyahu and Chief of Staff Lt.-Gen Gadi Eisenkot held a security assessment with OC Northern Command Maj.-Gen Yoel Strick, and other senior officers. Netanyahu also met brigade and battalion commanders and soldiers involved in the operation, and then with ocal authority heads in the north.

Netanyahu praised the spirit and preparedness of the soldiers and officers.

“Hezbollah thought that it was building these tunnels without any hindernance,” he said. “We knew about it, and planned for it, and this did not leak out. We keep the secret , and planned carefully.” Continue Reading….