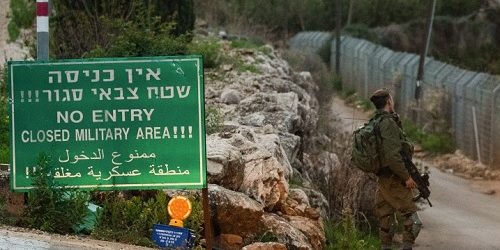 Analysts have been saying for years that it was only a matter of time until Israel and Lebanon’s Hezbollah terrorist militia were again engaged in open conflict. The events of the past several days have finally woken most Israelis up to the seriousness of those warnings.

During the Second Lebanon war, Hezbollah fired medium-range missile as far south as the port city of Haifa and other locations in the lower Galilee region. Tel Aviv and the populous central region of Israel were never in any direct danger at that time.

It is believed that the massively-armed terror group planned to enter northern Israel in strong numbers and cut off the border town of Metulla at the start of the next war. Some cautioned that Hezbollah might even be planning to conquer and occupy portions of the border region.

So far, and as far as the public knows, the IDF has been dealing with those parts of the tunnels that are under Israeli territory. But military officials say that to fully neutralize the threat, Israeli forces might have to enter southern Lebanon and destroy the tunnels at their source.

Category: Syria and LebanonBy The Jerusalem ConnectionDecember 10, 2018Leave a comment