The Next War Between Hezbollah and Israel 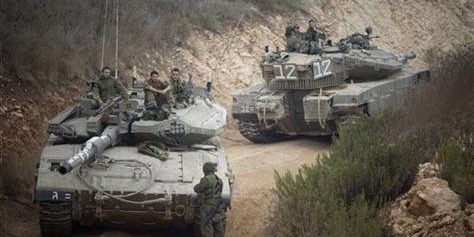 Israelis woke up Tuesday morning to the news that the Israel Defense Forces (IDF) had initiated a new campaign called “Northern Shield.”

The mission, which began in the middle of the night between Monday and Tuesday, is to destroy attack tunnels that Hezbollah, the Iranian-controlled terror army in Lebanon, has excavated. These tunnels begin in Lebanon and end in Israel. The terror tunnel Israel exposed on Tuesday was excavated over a period of two years. Dug 25 meters below the surface, the tunnel was more than 200 meters long, two meters wide, and two meters tall. It penetrated 40 meters into Israeli territory, ending in a field in the agricultural border town of Metulla. According to the IDF, its purpose was to cut Metulla off from the rest of the country.

Prime Minister Benjamin Netanyahu – who is now also serving as defense minister – and IDF Chief of General Staff Gadi Eisenkott held a press briefing Tuesday night where they explained that the tunnel sealed on Tuesday is just one of multiple attack tunnels Hezbollah has built that traverse the border. Netanyahu said that the terror group intends to use these tunnels as part of its plan to conquer the Galilee in the next war.

The current operation, which aims to destroy these tunnels, therefore needs to be seen in the context of shaping the conditions on the ground ahead of that war.

Hezbollah has made no attempt to hide that it intends to invade Israel with ground forces in the next war. Hezbollah chief Hassan Nasrallah laid out the plans – put together with his bosses from Iran’s Revolutionary Guard Corps – in 2007, the year after the last war. Nasrallah said then that the next war will see Hezbollah overrunning Israeli border towns in the Galilee with the intention of conquering northern Israel. Continue Reading…