CAIR Official Calls for the End of Israel 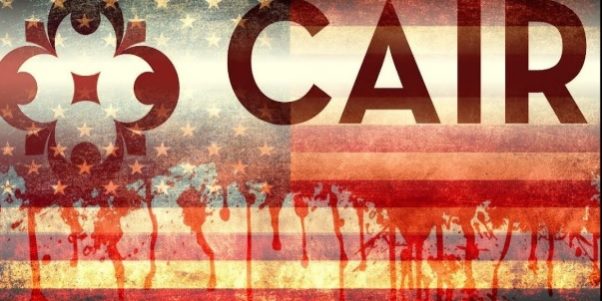 Hussam Ayloush, a senior Council on American-Islamic Relations (CAIR) official, in a tweet on Sunday called for the Jewish state to be “terminated.”

“Iran’s regime calling Israel a ‘cancerous tumor’ is like the pot calling the kettle black. All the people of that region will be better off once both murderous regimes are terminated,” wrote Ayloush.

Based on this tweet, one might assume Ayloush has an equal disdain for the Islamic Republic of Iran and Israel. However, whereas Ayloush would like to see regime change in Iran, he has a history of describing Israel in ways that echo Iranian rhetoric calling for its destruction.

He has referred to Israelis as “zionazis” and repeatedly equated the Israel Defense Forces with ISIS terrorists.

“You know how many hundreds of Jewish American kids are recruited to join the Israeli occupation army? Hundreds. Every year. They leave their country, leave America, to go join with an army that is engaged, with no debate, in major violations of human rights, and maybe some would argue, and I’m one of them, war crimes,” Ayloush said in May, adding that “no one has ever established a CVE program to see, why would normal Jewish American kids leave their home and join to be part of an army committing war crimes.”

It’s also anti-Semitic, according to the U.S. State Department’s definition established in 2010. Demonizing Israel by “rawing comparisons of contemporary Israeli policy to that of the Nazis“ and “denying Israel the right to exist” are among the behaviors which constitute anti-Semitism. Continue Reading…