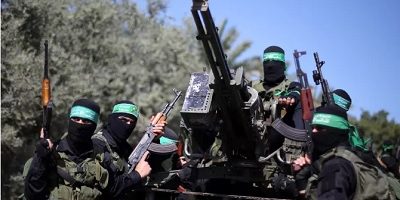 Israel’s security cabinet’s decision Tuesday afternoon to walk away from the war Hamas initiated Monday and to accept a “ceasefire” is frustrating and infuriating. Hamas shot nearly 500 projectiles into Israel in under 24 hours. It blew up a bus with a Kornet anti-tank missile. Sixty Israelis were wounded, several critically. One civilian was killed. Numerous homes were destroyed.

Israel has never experienced any rocket onslaught from Gaza remotely as intense as what Hamas and Islamic Jihad shot off on Monday and Tuesday. And yet, rather than respond with equal – or better yet – far greater force and teach Hamas and Islamic Jihad a lesson they would long remember, the security cabinet sufficed with a couple hundred pinpoint air attacks, and then accepted the IDF’s advice and opted for the ceasefire. In so doing, they left the residents of southern Israel virtual hostages of Hamas and Islamic Jihad who have retained the capacity to attack them at will.

Defense Minister Avigdor Liberman’s sudden resignation on Wednesday may help his little party Yisrael Beitenu get reelected to Knesset in the next elections. But if it does, then Liberman will have won his political survival at Israel’s expense. Hamas is entirely justified in presenting Liberman’s resignation as proof that it defeated Israel this week.

But beyond being frustrating and infuriating, the cabinet’s decision is a cause for deep concern. Why did the cabinet opt to stand down in the face of Hamas’s unprecedented onslaught? Continue Reading….