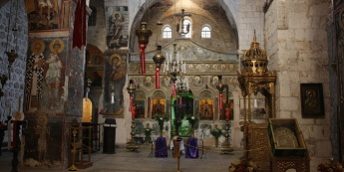 Last week, the Assembly of Catholic Ordinaries issued a statement calling on Israel to rescind its Nation-State Law. The law, though controversial, has no real practical implications but the push-back from the Catholic Church may do serious damage to Jewish-Christian relations which have been steadily improving since the Second Vatican Council more than 50 years ago.

The law, passed by the Knesset in July is also known as the Basic Law. Though it bears no practical implications, the law has been controversial since it was first proposed in 2011, drawing fire from various parties within the Israeli Knesset as well as from outside of Israel.

According to the law, Israel would be defined as the nation-state of the Jewish people, and the right to self-determination in Israel would be unique to the Jewish people. The state of Israel should establish ethnic communities where every resident may preserve their culture and heritage. Hebrew would be considered the official language of the state while Arabic would be granted a special status. The Hebrew calendar would become the official calendar of the state of Israel, and Hebrew law would serve as an inspiration to Israeli legislators.

MK Amir Ohana, chairman of the joint committee that legislated the bill answered its critics in a statement released after its passage, emphasizing its importance to the Jewish people. Continue Reading….