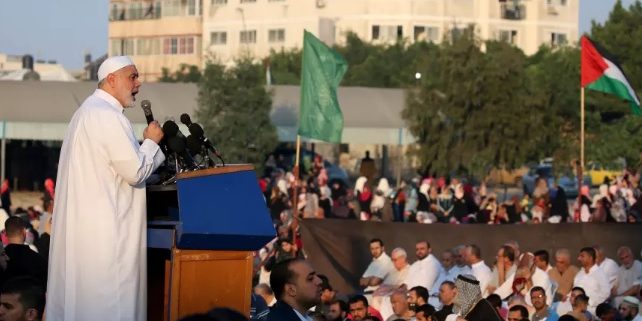 The Palestinian Authority on Friday accused Hamas of “selling Palestinian blood” in return for $15 million.

The accusation came as Hamas began paying salaries to thousands of its employees and other Palestinians, after receiving funds from Qatar.

The Qatari grant is believed to be part of understandings reached between Israel, Qatar, Egypt and Hamas to reach a truce in the Gaza Strip. Qatar has reportedly pledged to pay a total of $90 million to the Gaza Strip over the next six months.

On Thursday, Mohammed El Amadi, a top Qatari envoy, arrived in the Gaza Strip with $15 million in cash, Palestinian sources revealed. The Qatari official delivered the cash to senior Hamas officials, who called on thousands of Palestinians to arrive at post offices to receive their salaries.

A statement published by the PA’s official news agency Wafa said that the Qatari grant was a “cheap price that Hamas received for the precious blood” of the Palestinians in the Gaza Strip.

The statement accused Hamas of exploiting the plight of the Palestinians to “continue with its conspiracies, which is in concordance with the Zionist-American conspiracy aimed at separating the West Bank from the Gaza Strip.”

“Hamas leaders are prepared to align themselves with the devil in order to remain in power and undermine the Palestinian national project,” the PA statement charged. It also lashed out at Hamas for refusing to achieve national reconciliation with President Mahmoud Abbas’s Fatah faction. Continue Reading….

While Hamas Bombs and Kills Israeli Citizens, the UN, Democratic Presidential Candidates—and Most of the World—Snore
May 15, 2019