“No weapon that is formed against you will prosper” (Isaiah 54:17) 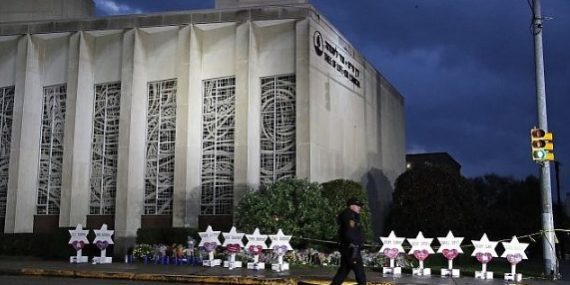 The Sabbath murder of eleven Jewish men and women in Pittsburgh caught many by surprise. Robert Bowers, a 46 year old neo-Nazi racist who posted anti-Jewish and anti-Trump conspiracy theories on the web, walked in to the Tree of Life-Or L’simcha synagogue in the Squirrel Hill district and unloaded clips from a semi-automatic rifle and a handgun at Jewish worshipers, while yelling out “All Jews must die!” and other anti-Jewish curses. He murdered 4 people in the main sanctuary and then moved up toward the Rabbi’s study on the next floor, where he shot 4 others.

Three different Jewish congregations were each conducting their own services in the facility at the time, with nearly 100 gathered in the building. A family was having a bris (circumcision ceremony), bringing their eight-day old baby boy into the Covenant of Abraham according to Genesis 21:3-5 and publicly announcing his name for the first time.

Police and SWAT teams attempted to rescue the congregants. Four policemen were injured by Bowers’ gunfire, one critically. The gunman was moderately injured by return fire and eventually was apprehended by law enforcement units.

How can we make any sense out of the travesty of these eleven murders?

Squirrel Hill is a quiet largely Jewish community in Pittsburgh. Its graceful trees and brick homes give way to small storefronts, including Judaica bookstores, synagogues and temples. My wife and I were married many years ago only a few blocks away from where these murders took place. The host of children’s television program Mister Rogers’ Neighborhood Fred Rogers lived in Squirrel Hill, three blocks away from Tree of Life. He would attend Sixth Presbyterian Church, a ten-minute walk from there.

This attack is the largest mass casualty event involving Jewish people in the U.S. (https://edition.cnn.com/2018/10/27/us/jewish-hate-crimes-fbi/index.html) apart from 9/11, although many Jews were murdered in Manhattan that day. The Twin Towers terror attack was jihad-motivated violence directed against Americans as a whole. Continue Reading….