Is America Ready for Iran’s Plans in Jordan and Lebanon? 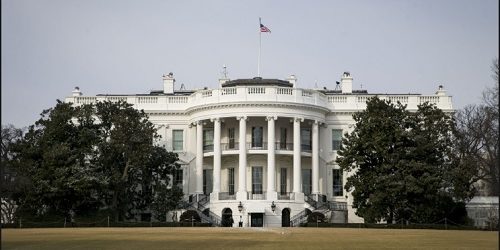 Every time America tries to pivot its foreign policy toward China and the Far East, the Middle East comes calling. If policy makers in Washington think it’s a binary choice between the challenges of China and North Korea vs. the recurring malignant variants of Shi’ite and Sunni Islamism undermining our national security interests, they are sadly mistaken.

America is safer and the world functions better when America is engaged throughout the world, leading from strength and not from behind. Those who equate engagement with only military action mislead the conversation, as military strength leverages diplomacy, economic sanctions and other tools.
Predicting what’s next in the Middle East is a slippery slope. Who would have predicted the Khashoggi debacle or the 2011 Arab Winter? Yet, it is still imperative for the United States to invest the time and resources to analyze the likely possibilities of what’s coming next to create flexible strategies.

The US Army War College’s Strategic Studies Institute says, “One of the Department of Defense’s most important tools for strategy development under uncertainty is scenario planning… using alternative future scenarios to test prospective capabilities, concepts, and policies.”

We must therefore plan for how America will respond to the dangerous and inevitable situations brewing in both Lebanon and Jordan.

First, there is little doubt Israel will attack Iranian-controlled precision missile factories in Lebanon just as it did in Syria.

Second, the precarious Hashemite hold on Jordan due to the deteriorating economic conditions is being exploited by the Sunni Muslim Brotherhood, which is trying to undermine King Abdullah’s government.

It shouldn’t have surprised analysts that Jordan decided to terminate an annex to the 1994 peace treaty with Israel. Jordan’s Hashemite government is continually trying to placate opposition lawmakers and Islamists who rile up the disgruntled populace suffering from economic decline in part due to reduced subsidies imposed by the IMF (International Monetary Fund). Continue Reading…