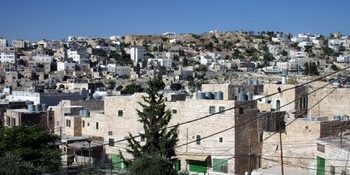 UNESCO, the cultural and educational agency of the United Nations, was sharply attacked on Thursday by the US Commission on International Religious Freedom for undermining the historic connection between the Jewish people and the Land of Israel.

“The idea that there’s a question about the Jewish historical presence in the Holy Land and specifically at these sites is unacceptable and diminishes the religious rights of the Jewish people,” Commission head Gary Bauer said in a statement.

Bauer was referring to two resolutions adopted by UNESCO on October 10, which refer to Jewish holy sites in the West Bank cities of Hebron and Bethlehem solely as “Palestinian sites.”

Consistent anti-Israel bias at UNESCO led both the United States and Israel to announce their respective withdrawals from the agency in October 2017.

“This decision was not taken lightly, and reflects US concerns with mounting arrears at UNESCO, the need for fundamental reform in the organization, and continuing anti-Israel bias at UNESCO,” a State Department spokesperson said at the time.