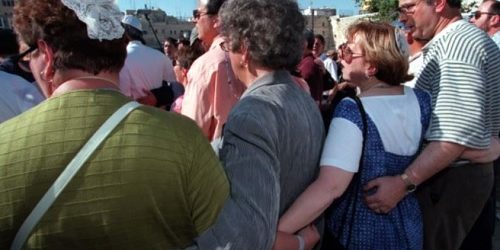 There is no disputing that, except for the vast majority of Orthodox Jews, American Jews and their leaders have distanced themselves from their Jewish identity.

In most cases this reflects an indifference to global Jewish issues, and often, a deliberate display of contempt toward Israel and its security challenges and the belief that Israeli leaders are not willing to discard an “outdated nationalist ideology.”

Many express their Judaism by proclaiming a distorted version of “tikkun olam,” which many of their rabbis promote as an espousal of liberal and universal policies. They are totally supportive of the Democratic Party, which many Reform rabbis, in effect, promote as the contemporary embodiment of Judaism.

Much of this can be explained by the rapidly changing demographics of American Jews.

Currently, most non-Orthodox American Jews suffer from unprecedented levels of ignorance. The Conservative movement, which fought for Jewish education and sought to maintain Jewish day schools, is today a mere shadow of what it was in the 1950s. It is moving closer to Reform Judaism and the leaders frequently echo the sentiments expressed by radical Reform rabbinical leaders.

Reform Judaism is the leading denominational group within the Jewish community. Nearly all the rabbis perform intermarriages and the figures suggest that the vast majority of Reform couples include one non-Jewish partner. This is consistent with the statistics which state that, over the past decade, about 80% of non-Orthodox unions were intermarriages.

What exacerbates matters is that the overwhelming majority of Reform Jews only attend synagogue on Rosh Hashanah and Yom Kippur. This issue is addressed in a recent brilliant article in Mosaic by Jack Wertheimer (undoubtedly the most astute analyst of trends within the Jewish community). Continue Reading….