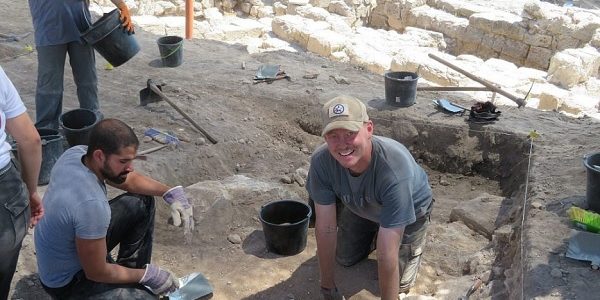 By AMANDA BORSCHEL-DAN, Times of Israel—

Seven United States military veterans recently completed an unusual tour of duty — at Israel’s Beth She’arim archaeological excavation. The group participated in one of a growing number of international programs which send former servicemen back into the field — with shovels, not swords.

By digging into the dirt, the veterans — most of whom suffer from Post-Traumatic Stress Disorder — hope to find piece of mind, connect to the roots of their trauma, and be part of a cohesive team reminiscent of their former military units.

For the group of US vets in Beth She’arim, coming to Israel offered an added therapeutic element: returning to the Middle East, the source of their trauma, and working alongside a diverse team of Israeli Arabs and Jews, mostly military vets themselves.

During their two-week stint of physically digging into the past, the US veterans’ stereotypes about Israel and the Middle East also crumbled, according to founder of the American Veterans Archaeological Recovery (AVAR) Stephen Humphreys. Continue Reading….