US departure from conventional wisdom 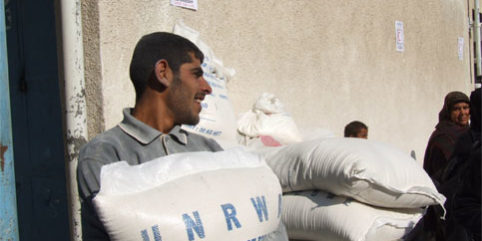 The evolution of President Trump’s stance on the Palestinian issue reflects extrication from conventional wisdom, which was embraced by his predecessors and the establishment of the State Department, academia and the media, while systematically crashed against the rocks of Middle East reality.

In contrast to his predecessors, Trump and his advisors – National Security Advisor John Bolton, Secretary of State Mike Pompeo, UN Ambassador Nikki Haley, Special Emissary Jason Greenblatt and Ambassador David Friedman – have concluded that the bolstering of US national security, morality and common sense behooves the US to take a realistic – and not an artificially neutral – position on the Palestinian-Israeli conflict. Moral equivalence has not advanced national security.

The timing of the official release of President Trump’s policy – the eve of the September 11 memorial of the 3,000 fatalities and 6,000 injured – underlines the awareness that advancing national and homeland security mandates a clear differentiation between entities which combat terrorism systematically and effectively (e.g. the US and Israel), on the one hand, and those who produce, train, educate and incite terrorists (e.g. the Palestinian leadership, Iran’s Ayatollahs and other Islamic regimes), on the other hand.

Unlike his predecessor at the White House, Trump and his advisors realize that the restoration of the US’ posture of deterrence is a precondition to the enhancement of the US’ national and homeland security, requiring the fending off – and not succumbing to – pressure, threats and terrorism. Hence, the disavowal of the self-defeating 2015 Iran Deal, the recognition of Jerusalem as the capital of the Jewish State and the restructuring of US policy on the Palestinian issue.

In contrast to his predecessors and to European policy-makers, President Trump and his advisors are cognizant of the well-documented fact that the Palestinian issue has not been a core-cause of Middle East turbulence, nor a crown-jewel of Arab policy-makers (who shower the Palestinians with talk but not walk), nor a root-cause of Islamic terrorism and the Arab-Israeli conflict. The President is aware of the unprecedented commercial and security cooperation between Israel and Saudi Arabia, the Arab Gulf States, Jordan and Egypt, who have viewed the Palestinians as an unreliable, subversive, terroristic and junior league element in the Middle East.

Contrary to his predecessors – since the 1993 Israel-PLO Oslo Accord – Trump has concluded that a Palestinian state would add fuel – not water – to the Middle East fire; would be the straw that would break the back of the pro-US Hashemite regime in Jordan; would therefore transform Jordan into another major platform of Islamic terrorism, posing a lethal threat to its southern neighbor, Saudi Arabia and other pro-US regimes in the Arabian Peninsula. It could provide a tailwind to the anti-US Ayatollah’s imperial vision; would expand the Russian presence (ground, air and naval) in the eastern Mediterranean and western Middle East; and would therefore deal a severe blow to the US national and homeland security.

Departing from political-correctness, Trump has decided to abort the sham of UNRWA, which does not operate in accordance with the patterns of the UN High Commissioner on Refugees (UNHCR). While the 11,500 employees of the UNHCR have resettled some 100 million refugees throughout the globe since the end of the Second World War, the 30,000 employees of UNRWA have artificially increased the number of Palestinian refugees from 320,000 at the end of the 1948/49 War to, supposedly, 5 million in 2018, sucking mega-billion of dollars, while intensifying hate-education and terrorism, which have doomed the pursuit of peace.

President Trump’s Palestinian policy also reflects recognition of Israel as a credible and systematic ally, constituting a most effective, a deterring outpost in an extremely critical and volatile region; thus, sparing the US the need to deploy additional ground, air and naval forces to the Middle East, Indian Ocean and the Mediterranean Sea, producing a unique rate-of-return – commercially and militarily – on the US’ annual investment in Israel.