Miracle of Sound: Visit of the Jewish Soul 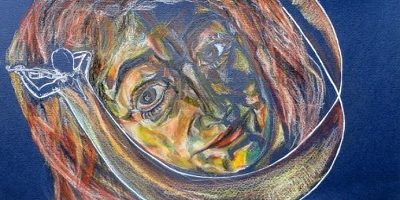 During the three weeks of repentance preceding Tisha B’Av, the Av 9th, the day of the peak of Jewish sorrow, among many of the restrictions valid for the period, the ban on music is the most difficult for me. Music in all its variety is as natural and as necessary to my husband and myself as an air, and to breath without that melodical component in the air around us is really challenging.

So, every year when we return to normalities of our lives after Tisha B’Av, the return of music is especially gratifying.

And sometimes, it gets to even more that that.

The summer 2018 in France was marked by a total joyful craze over the final of the World Cup in which France emerged as a winner. Who cared about music in the midst of victorious football fever which was continuing for a good week after the final? Everybody was outside, celebrating or joining the enthusiasm splashing all over the French streets. Haydn, Dvorak, Piazzolla – what a convenient program, we thought. We would get it all, in all three dimensions of early classic, modern music and eternal genius of Tango Nuevo at the same evening. What could be better?

The hall of the cathedral was well attended despite the post-World Cup victory ongoing  craze. The professors knew their craft by heart, and the quality of the music, unlikely as it is in many other summer concert, was very good one. Interestingly, they seemed to live through each of the masters they have chosen for their Music Journey. The praised and awarded French musicians identified themselves, in the manner of their interpretation, with crystal clear classism  of Haydn, complex tunes of Dvorak, and completely so, with Piazzolla’s Four Seasons.

The Piazzolla’s highly charged and inspiring suite was both the peak and the end of the concert. Being indulged in the very inspirely performed cosmos of our favourite composer, we were positive that the encore would be also Piazzolla, so we would have such a good bonus. The concert was long enough, and it was unrealistic to expect more than one encore. In fact, it was so long that many people got somewhat tired towards the end.

After a generous applause crowing the Piazzolla suite, the violinist Patrick Prunel, the leader of the trio, started to speak in his quiet voice introducing the coming encore. We could not believe our ears: he was speaking on ‘musique juive traditionnelle’  and on ‘ Shalom Aleichem’.

And the next thing we were hearing it was the one of the most beautiful renditions of the Shalom Aleichem we have ever heard – performed deep in the night just after the Tisha B’Av inside the functioning Roman Catholic church, with many candles lit all around.

The soulfulness of the one of Jewish principal songs and melodies with which we are entering Shabbat, was seizing all the inner space of the church coming to the highest tip of it and getting to the most distant corner. It was everywhere.

A long time ago, I have discovered a secret of the most beautiful performance of our traditional Jewish melodies: it is all about the rhythm and speed. My theory supported by numerous performances of the traditional Jewish music in the past and present stays that the slower the rhythm of the melodies, the more beautiful they sound. It certainly is the case with Hatikva and it is the same with Shalom Aleichem. It is as if the message, the very soulfulness of our melodies does need certain extra time to get into us and to settle inside us. This kind of beauty relays on slow motion.

The public that filled the church as if hold its breath collectively and simultaneously. One woman in front of us put both of her hands on her forehead in a very emotional gesture and had  been absolutely still in her reverence. The mid-aged priest behind us was beaming happiness, he was almost extatic of joy.

The next thing I realised being almost dumbfounded is that I am hearing the Sholom Aleichem words, sung in Hebrew , somewhere nearby.  It was my husband who started to sing spontaneously, not that loud, but not that quiet either, being unable to hold his bliss over the whole thing.

How many times inside the walls of the main church in Biarritz named after the wife of Napoleon III, the Empress Eugenie, the full rendition of Shalom Aleichem with the words was heard?.. – I thought.

It was a long rendition, as if the music and its message had no end. The atmosphere in the audience was unbelievable. Not only it was very quiet and exceptionally warm, but the main feeling of the moment was that the time has stopped. It was the moment of surprise transformation when people’s hearts had been suddenly switched from a normal concert’ mode into something very different.

In the acting church, with its happy priest and so many candles lit all the way of its perimeter, the Jewish story was rendered very powerfully. And its power was in its overwhelming beauty. That beauty has made the couple of hundreds people inside the big church to become reflective and attentive. Everyone was helding a breath.

During all the time when absolutely beautiful, extremely united in performance of the three musicians, emphatically soulful melody of Shalom Aleichem was commanding the space of the Eglise St-Eugenie, a unique conversation was having a place there, too, or that how I felt it. In my impression, it was like our Jewish history full of drama but enlightened by kindness and grace had been speaking to the non-Jewish people gathered inside the church at that late summer evening. And they were listening in wonderment.

It was not an academic reminiscence – the South-West of France saw a lot of Jewish tears and was a stage of many dramas in our history. So, many people at that exceptional concert had had to have at least some thoughts on the Jewish world and its people, thanks to that heartfelt melody which is a part of life of so many of us, but certainly not of the people outside Jewish world.

How on earth Patrick Prunnel and his colleagues has decided on that encore at their engaging concert in Biarritz, what has motivated them to play Shalom Aleichem in the night at the acting church? I have no clue about it. I only know that it has been our return to music after the three weeks preceding Tisha B’Av, and we could not even dream about such a gift.

It was a real miracle. The miracle of sound, with a Jewish soul in it. What can be more enduring?