Pew’s New Analysis: 42% of US Jews Reject their Religion 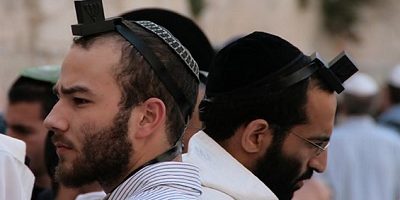 The Pew Research Center on Wednesday published an analysis of beliefs and behaviors across denominations that identifies important traits that unite people of different religious affiliations—or divide people who share the same affiliation – producing a new and revealing classification of religion in America (The Religious Typology – A new way to categorize Americans by religion).

The survey divided the US population, represented by 4,699 respondents in late 2017, into seven groups: Sunday Stalwarts – the most religious; God-and-Country Believers – less active in church hold traditional religious beliefs and tilt right politically; Diversely Devout – believe in God “as described in the Bible” as well as in psychics, reincarnation and spiritual energy of physical things; Relaxed Religious – believe in the God of the Bible, and some of them pray daily, but few of them attend religious services; Spiritually Awake – many do not believe in the biblical God, hold some New Age beliefs such as some higher power, rarely attend religious services; Religion Resisters – believe in some higher power or spiritual force but not the God of the Bible, and consider themselves spiritual but not religious, with strongly negative views of organized religion, generally liberal and Democratic in their political views; Solidly Secular – the least religious of the seven groups, relatively affluent, highly educated, mostly white and male, reject all New Age beliefs as well as belief in the God of the Bible or any higher power at all.

We recommend you read the survey’s results, which represent a valid and as such an exciting effort to gauge the American religion using current analytical tools. Continue Reading….