Official: Trump and Putin agreed to get Iran out of Syria 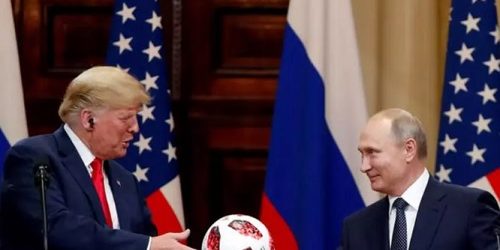 U.S. President Donald Trump and Russian President Vladimir Putin reportedly agreed in principle that Iranian forces should exit Syria when they met in Helsinki in July, according to a U.S. administration official familiar with the meeting.

However, the official told Bloomberg that the Russian leadership said securing Iran’s withdrawal from Syria would be difficult.

Trump and Putin also discussed the ongoing campaign against the Islamic State terrorist group, the dispute over Israeli sovereignty in the Golan Heights and the humanitarian situation in Syria, the official told Bloomberg.

Category: Syria and LebanonBy The Jerusalem ConnectionAugust 19, 2018Leave a comment