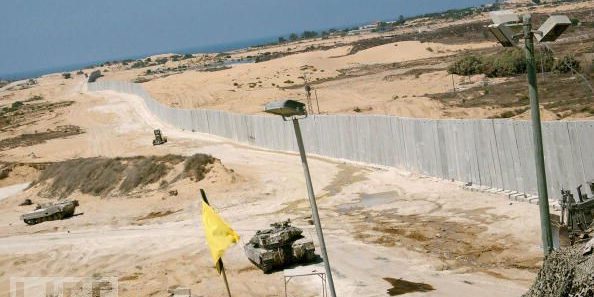 Israel allowed commercial goods back into the Gaza Strip on Wednesday, in a sign of an easing of tensions as neighboring Egypt pursued a long-term ceasefire between Israel and Hamas.

But the prospect of an agreement between Israel and the terrorist group prompted concern within Prime Minister Benjamin Netanyahu’s right-wing government that Hamas would take advantage of any respite from fighting to build up its rocket arsenal.

At Israel’s Kerem Shalom commercial crossing with Gaza, consignments of fruits and vegetables, fuel and construction material moved into the territory of two million people on Wednesday morning.

Israel announced on Tuesday it would lift the commercial goods ban it imposed on July 9 in response to the launching by Palestinians of incendiary balloons across the frontier.

Israel and Hamas have come close to serious conflict in recent weeks after four months of violence along Gaza’s border following Hamas-organized riots there.

There have been fewer reports in recent days of such incidents, which have burned large tracts of agricultural land and forests in southern Israel.