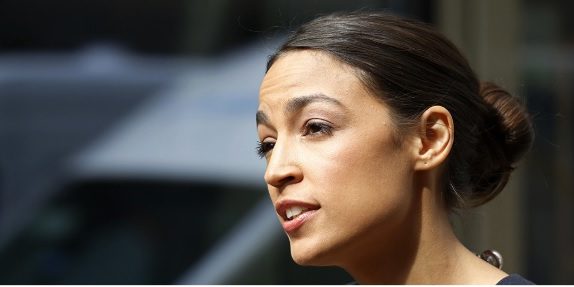 By Charles Dunst, Times of Israel—

After Alexandria Ocasio-Cortez shocked the political world by defeating longtime New York Rep. Joseph Crowley in a Democratic primary last month, Democratic National Committee Chairman Tom Perez quickly aligned himself with the former political outsider, saying on a radio show that “she represents the future of our party.”

If so, that future appears to include the kind of sharp criticism of Israel once considered taboo in both major parties.

Ocasio-Cortez ran on a platform of Medicare for all, fully funded public schools and a universal jobs guarantee. But she has also been critical of Israel, calling its military’s killing of Palestinian protesters in May a “massacre.”

The Democratic Socialists of America, of which Ocasio-Cortez is a member, supports the Boycott, Divestment and Sanctions movement against Israel. Ocasio-Cortez has remained silent on the issue.

In Virginia’s 5th Congressional District, Democratic nominee Leslie Cockburn is the co-author, along with her husband, of “Dangerous Liaison: The Inside Story of the U.S.-Israeli Covert Relationship,” a scathing 1991 attack on the Jewish state.