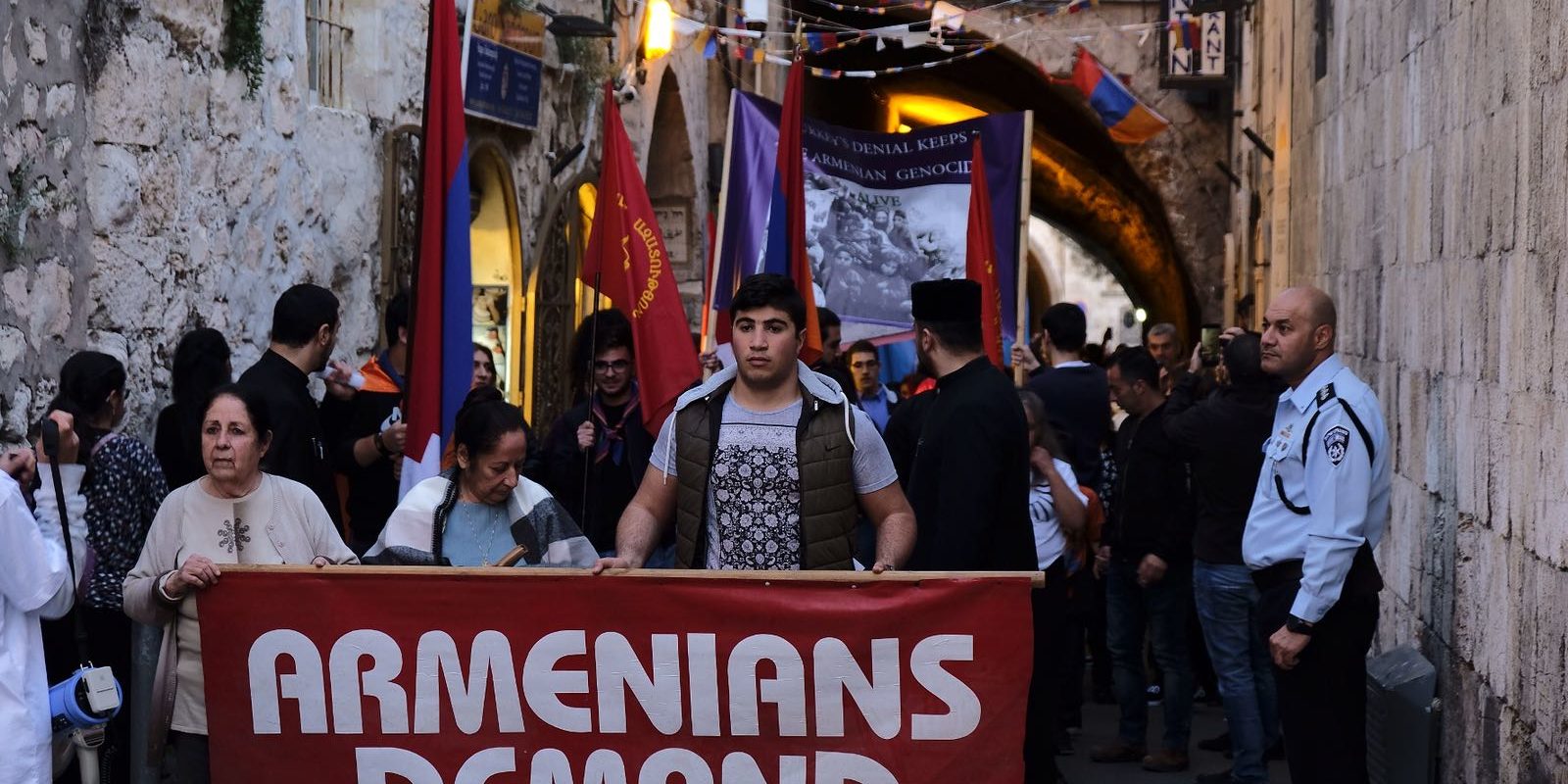 The Knesset will hold a vote on whether to recognize the Armenian Genocide, after approving Meretz chairwoman Tamar Zandberg’s motion for the agenda on the subject Wednesday.

“This is our moral and historic obligation,” Zandberg said. “Some things are above politics.”

The motion, approved 16-0, was to hold the first-ever debate of the recognition in the Knesset’s plenary.

Zandberg’s office is aiming for Tuesday as the date of the unprecedented vote. In 2015, the Knesset approved a motion for the agenda to discuss the Armenian Genocide, which resulted in the Education, Culture and Sport committee recognizing it. Zandberg’s motion is different in that it called for a discussion in the plenum, such that its vote represents the position of the entire Knesset.

Similar motions have been put to the vote in the past, but the government always asked the coalition to vote against them, out of concern for relations with Turkey.

This time, the government did not respond to the motion at all.

Wednesday’s vote took place with diplomatic tensions between Israel and Turkey in the background. Last week, Turkey expelled Israel’s ambassador over Israel’s response to violent riots in Gaza that resulted in the deaths of 50 Hamas terrorists, by Hamas’s own count, and 11 other Gazans. Jerusalem then sent away Ankara’s ambassador.

Turkey opposes recognition of the Armenian Genocide, in which the Ottoman Empire killed an estimated 1.5 million Armenians during World War I. When recounting the historic events, Zandberg quoted members of Nili, a Jewish anti-Ottoman underground in Israel at that time, saying they saw the Turkish Army burn Armenians alive.

Much of Zandberg and Knesset Speaker Yuli Edelstein’s remarks on the matter centered on the assertion that the genocide should have been recognized long ago, and not as a punitive act against Turkey.

“The Knesset must recognize the Armenian Genocide because it’s the right thing to do, as people and as Jews,” Edelstein said. “For years I’ve been calling to fulfill this moral obligation.”

At the same time, Edelstein said he was “embarrassed to hear elected and public officials talking about the recognition of the genocide as an appropriate Zionist response to Turkey’s despicable acts after recent events on the Gaza border.

“Since when does Ankara pull the strings on our morality? Does history change according to our relations with a ruler like Erdogan?” Edelstein asked.

Zandberg pointed out that she submitted the motion before the current tensions with Turkey, and that Meretz has done so on the closest possible date to Armenian Genocide Remembrance Day, on April 24, each year since 1989.

“Both in our case and the Armenians’ the great powers knew about the murders and did nothing to stop them,” she said. “This is why we are saying to the world, never again. Never stand on the sidelines again…. We must rise above the politics, vote in favor and take part in history.”

A law which is a joint effort of coalition and opposition MKs was also submitted to the Knesset last week calling for the recognition of the Armenian Genocide.

The Foreign Ministry has not changed its position on recognition. A diplomatic source said Prime Minister Benjamin Netanyahu would make the final decision on the matter.