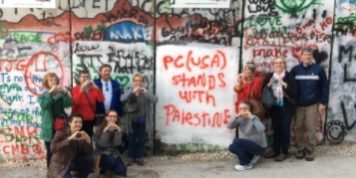 Over the past few weeks, violent protests along the Gaza Strip border have resulted in around 30 Palestinian protesters being killed by Israeli soldiers.

In response, several Christian groups released a joint statement calling for an end to the violence, as well as an overall support for Pro-Palestinian cause.

Mark Tooley, president of the Institute on Religion & Democracy, told The Christian Post that he believed the statement was “one more banal mainly mainline Protestant rehash of decades old talking points against Israel that doesn’t admit threats against Israel or self-destructive policies by Palestinians.”

“In this discredited perspective, peace will happen only if Israel surrenders more. But the opposite is usually the case,” said Tooley.

“When will these reps of declining churches challenge Hamas repression of its own people? When will they urge Palestinians to seek realistic coexistence with Israel not premised on grievance?”

Tooley added that he prays “Gaza escapes Hamas misrule and chooses to move beyond resentment, instead seeking prosperity.”

Released last week, the joint statement was signed by representatives of 15 churches and Christian organizations and called for, among other things, an end to Israeli soldiers using deadly force, an investigation into deaths and injuries suffered during the protests, and an end to Israel’s blockade of the Gaza Strip.

“The Gaza demonstrations are an assertion of Palestinian rights: the rights of refugees, the right to demonstrate peacefully against injustice, and the right to live in and with dignity, not under closed military confinement or blockade,” read the statement in part.

“The United States stood by and allowed Israel to carry out these attacks without any public criticism or challenge. Such U.S. complicity is a continuation of the historical policy and active support for Israel’s occupation and U.S. disregard for Palestinian rights. This complicity builds resentment and damages U.S. national security. Palestinian refugees have the right to return to their homes, and compensation for loss of property, as laid out by the U.N. General Assembly.”

Jeff Walton, an IRD expert on The Episcopal Church, told CP that despite the support the joint statement, the mainline denomination has yet to take steps like supporting divestment from Israel.

“The Episcopal Church’s General Convention has repeatedly rejected or declined to consider resolutions that call for the church to divest its financial holdings from companies that do business with Israel,” explained Walton.

“U.S. bishops have cited the opposition of Jerusalem Archbishop Suheil Dawani as influential in the defeat of divestment proposals, noting that the conflict in that part of the world is very complex and that divestment would aggravate the peace process.”

Walton added that in the past, “Episcopalians have adopted language affirming positive investment in the Palestinian Territories rather than divestment from companies doing business with Israel.”