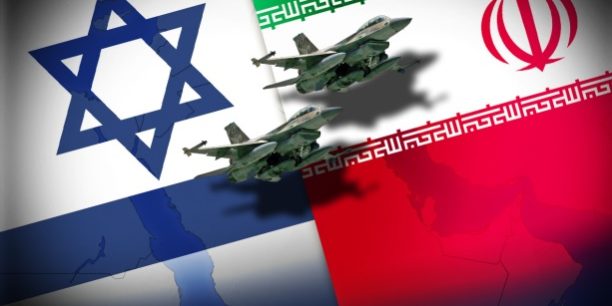 As tensions continue to rise along Israel’s northern border, Heidari said Iran’s armed forces “are much more powerful than before” and that “the date has been set” for Israel’s destruction, according to official news agency Mehr. He was speaking in Tehran ahead of Iran’s Army Day.

Israeli officials have repeatedly voiced concerns over the growing Iranian entrenchment on its borders and the smuggling of sophisticated weaponry to Hezbollah, from Tehran to Lebanon via Syria, stressing that both are redlines for the Jewish state.

Iran’s Army Day is marked on April 18, the same day on which Israel will celebrate its 70th Independence Day.

Heidari taunted others in the region by saying that – unlike countries such as Saudi Arabia which imports its arms from the West – the armed forces of Iran were produced locally.

Heidari’s remarks were echoed by Iranian Defense Minister Brig.- Gen. Amir Hatami who said on Sunday that Iran “has reached self-sufficiency” in producing, supplying and exporting weapons made in Iran.

Israel is concerned that Iran is not only trying to consolidate its grip in Syria, from which it can have both its proxy militias – like Hezbollah – as well as its own troops from the IRGC Quds Force attack Israel. Israel is also concerned that Tehran is trying to build advanced weapons factories in Lebanon in order to manufacture more accurate missiles which are GPS-guided and could hit targets within a 50 meter radius.

“We are determined to defend our country and the regional states’ security, and when other countries are after chaos in the region, we should equip ourselves to defend. And fortunately, today we enjoy the possibility to produce weapons better than the existing ones in the world,” Fars News quoted him as saying at a parliamentary meeting in Tehran.

“Wherever we need to change or enhance our defense achievements, we are able to turn it into a new product and use it,” he added.

On Friday, the IDF announced the Iranian drone that infiltrated into Israeli territory in February – believed to be a copy of a US stealth drone that was downed in Iran in 2011 – was armed with explosives and had been on a “sabotage mission.” The announcement did not mention a target.

Last week Israel also reportedly carried out an air strike against Syria’s T-4 air base, the same base from which the drone took off in February, killing seven Iranian Revolutionary Guard Corps’ Quds Force soldiers, including Col. Mehdi Dehghan, who led the drone unit there.

A senior IDF official confirmed to The New York Times that Israel was behind the attack, saying it “opened a new period” between the Jewish state and the Islamic Republic.